The Academy Awards ceremony is widely recognized as one of the most glamorous nights in Hollywood. Every major player that you can think of in the film industry comes out to celebrate the awards and achievements from the movies of the previous year.

With that, you can expect to see all of your favorite actors, actresses, producers, and talent both on and offscreen, wearing the latest, most expensive and chic designers. Clothing designers that dressed some of the highest billed and most prominent stars of the year included:

Some of the most stunning pieces on display that can often go overlooked are the watches and jewelry that stars wear for the awards. If you were to compile all of the jewelry and fine watches that were worn at this year’s Academy Awards, you would have a massive, shiny collection that rang in at just over $30 million.

While most of us may get hung up on the dresses, suits, tuxes and other formal wear of the celebrities on the red carpet, the watches and jewelry truly are the accent pieces that steal the show. 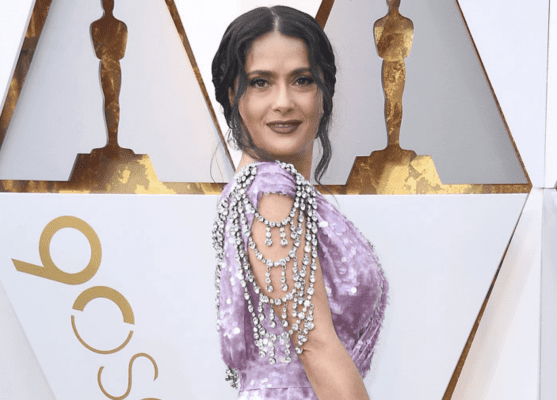 Salma Hayek by far may have been one of the most richly adorned women of the awards that evening. In all, she shared the spotlight with over $4 million worth of diamonds, courtesy of Harry Winston.

The way in which she wore them made her look like a masterpiece or a work of art and included platinum earrings and an oval diamond ring.

Harry Winston was also featured with world-class star, and award-winning presenter Nicole Kidman, who’s attire in total came in at over 84 carats worth of Winston diamonds.

These were housed over diamond chandelier style earrings, two platinum bracelets, a diamond cluster ring, and a band as well. 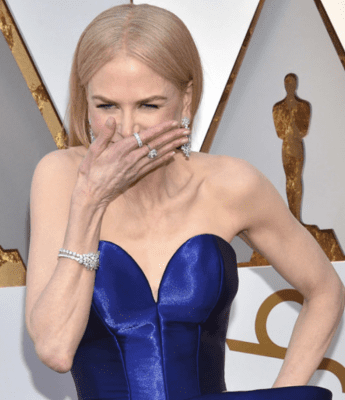 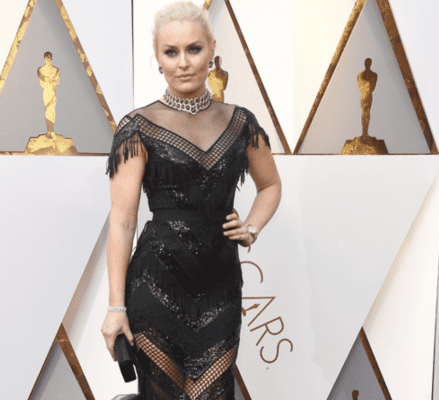 Olympic Gold Medalist Lindsey Vonn decided to take a retro approach to her jewelry and her dress on the red carpet.

2018’s Watches at the Academy Awards

IWC Schaffhausen is a brand that we saw widely represented this year on the red carpet, with at least a half dozen stars sporting their fine watches.

Richard Jenkins, who starred in and anchored as a massive supporting role in The Shape of Water, chose to go with a Portofino timepiece that clocked in at just under $10,000. Caleb Landry Jones, who was recognized for his striking performance in Three Billboards Outside Ebbing, Missouri also brandished a Portofino Chronograph that sits at a retail value of $6,600.

The tremendously talented Donald Glover was recognized for having one of the most notable and expensive watches on the carpet that evening, with a variation of the Portofino Chronograph that was estimated at over $15,000. 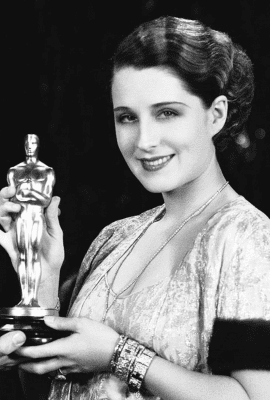 Year’s Past at the Academy Awards

The history of the jewelry at the Oscars is equally broad and spectacular, as jewelry has been a defining piece of Oscar fashion for well over 80 years.

Back in the 1930s, we can see famous pictures of actress Norma Shearer wearing her vintage diamond sautoir and wide-set gem bracelet. This was back when she won Best Actress for her performance in The Divorcee.

Year’s Past at the Academy Awards

We can skip forward a decade and take note of Vivian Leigh’s large pendant necklace, which featured an emerald cut.

She also wore a gorgeous bracelet, covered in different types of gemstones when she received her award for Best Actress in the timeless class, Gone With The Wind. 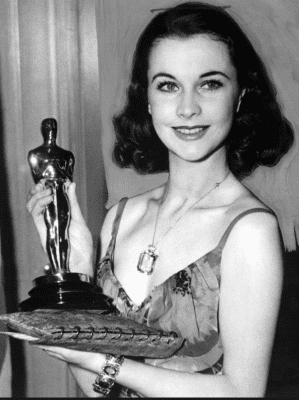