Engagement rings are a symbol of love, commitment and eternal happiness. They have a long history and a variety of meanings. For thousands of years, engagement rings have been used for ownership, status and marriage. There have been many style changes in engagement rings over the years, with the diamond dominating the market in modern times. If you are planning to propose to the special person in your life, knowing what the engagement ring will represent makes it even more meaningful for both of you. Here is a brief history of engagement rings and their importance in relationships.

The first recorded use of what we know today as engagement rings were almost 5,000 years ago in ancient Egypt. Egyptians saw the circle as a symbol of eternity and unity, making the ring a perfect ornament for couples. Rings were often made from leather or braided reeds.

While other ancient cultures used rings as a symbol for ownership, ancient Egyptians gave rings to their partners as a symbol of love. They also wore their rings on their left fourth finger which they believed had a “vena amoris” or vein of love that connected directly to the heart. This tradition continues today, as the left fourth finger is often referred to as the “ring” finger.

Engagement rings were also popularized in Rome although their meanings were different. Back then, engagement rings were not an official sign for marriage but instead were a symbol of ownership and obedience. Roman women were seen as their husband’s property so their ring was a symbol of their status. Young Roman girls were trained by their mothers on how to perform domestic duties once they were married. In some cases, rings were also used to signify the completion of business contracts. Engagement rings were styled differently in the ancient Roman days, too. Instead of gold and diamonds, most engagement rings were made from ivory, iron, copper or animal bones. Remains of gold rings have been discovered in ancient ruins but experts believe they were reserved for wealthy women and were only worn in public ceremonies. At home, most wealthy Roman women wore an iron or copper ring.

With the rise of Christianity in Europe, engagement ring styles also changed. During the Byzantine empire and Middle Ages, rings often had intricate carvings of the couple. A depiction of Jesus or a crucifix was often included to bless the upcoming marriage. Posey rings also became popular during the Middle Ages and had a resurgence during the Victorian era. Posey rings are characterized by engraved love poems and ornate gemstones. In European nobility, a soon-to-be groom would offer a ring to the soon-to-be bride’s father before proposing, as a status symbol. This practice is still used today, albeit more casual and relaxed.

The Separation of Engagement and Wedding Rings

The separation of engagement rings and wedding bands came with the popularity of wedding ceremonies in Medieval Europe. In 850, Pope Nicholas I declared that the engagement ring represented a man’s intent to marry. The Christian church declared weddings as a holy sacrament and established official wedding ceremonies, officiated by religious officials. Beforehand, to “wed” meant to exchange rings, without a ceremony or witnesses. Lack of witnesses confused wedding legitimacy so the church decided to make weddings more official.

In many ancient cultures, rings did not symbolize marriage specifically as they were associated with ownership and commitment. The rise in religious wedding ceremonies caused the separation of engagement rings and wedding bands. Engagement rings were more personal to the couple and were typically only worn by women. Wedding bands were more ceremonial and were worn by the bride and groom as a marital status symbol. Christian churches encouraged men to wear wedding rings to ensure fidelity but they did not become popular until World War II. American and European soldiers wore wedding bands to remember their wives back home. After the war, dual wedding rings became the norm for civilians too.

The Rise of Diamond Engagement Rings

Engagement rings are often thought of as a beautiful diamond ring with a gold or silver band. Yet, this was not always the case. While the first recorded case of a diamond ring dates back to ancient Rome, they did not become the standard until centuries later. In Europe, the popularization of a diamond engagement ring came in 1477 with the engagement of Archduke Maximilian of Austria and Mary of Burgandy. After that, diamond rings became a status symbol for European nobles and aristocrats. Ornate ring styles that combined diamonds and other gemstones gained popularity during the Victorian era and continued to increase over the years. Diamond rings continued to gain popularity in the 19th and 20th centuries with increased industrialization and wealth.

Engagement rings took longer to catch on in early American culture. Puritan colonists considered jewelry to be frivolous and unnecessary. Wives were often given thimbles by their husbands, which they used for house duties. Engagement rings eventually increased in popularity, decreasing during the Great Depression.

Diamonds did not become popular for engagement rings in America until the late 1940s after World War II. The American economy was booming after the war and there was an increase in marriages and births. To go along with the post-war boom, De Beers launched a legendary ad campaign in 1947 that popularized the diamond ring in America. The now-famous slogan is “diamonds are forever” and connected immediately with American values like strength, tradition and lifelong commitment.

De Beers has also used celebrities to market their diamonds since the 1930s. The popular phrase “diamonds are a girl’s best friend” was popularized by Marilyn Monroe in the 1953 movie, Gentlemen Prefer Blondes, making it even more popular among women. Even during wartime, sales usually increased after movie stars were seen wearing De Beers’ diamonds. De Beers even commissioned Salvador Dali and Pablo Picasso to illustrate ad posters, connecting them to the art world. Diamonds remain the most popular gemstone for engagement rings and symbolize eternal love all over the world.

Today, the diamond is still a popular choice for engagement rings but there is also been a rise in other gemstones. Sapphire, emerald and ruby engagement rings have become more popular in recent years as many couples want to break away from a standard engagement ring style. For example, Kate Middleton’s now-famous Sapphire engagement ring with a halo setting became a trendsetting piece in the jewelry world. 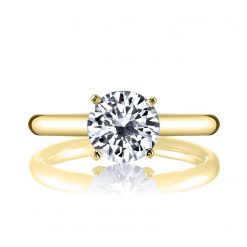 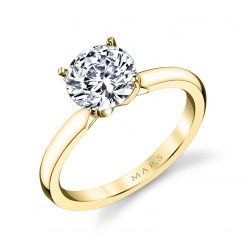 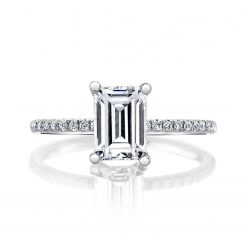 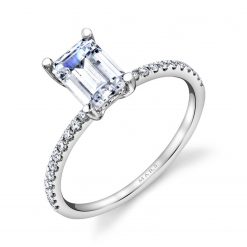 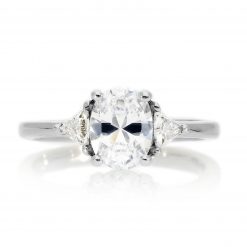 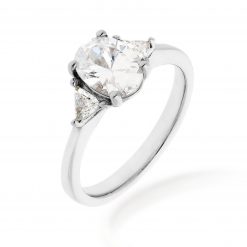 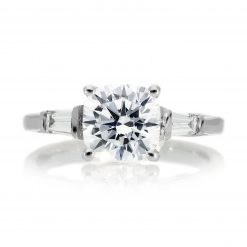 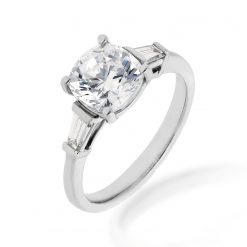 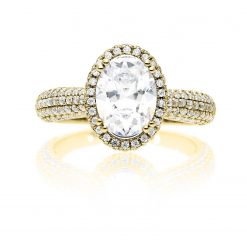 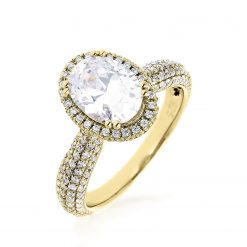 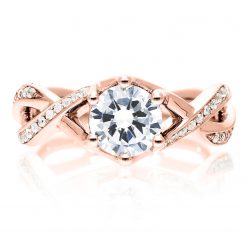 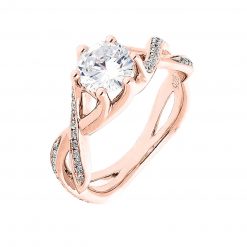 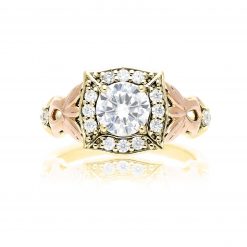 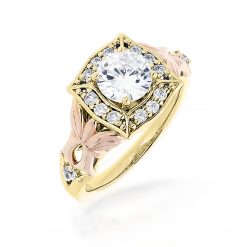 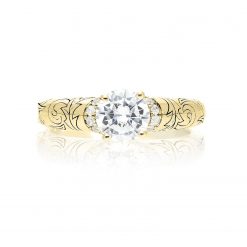 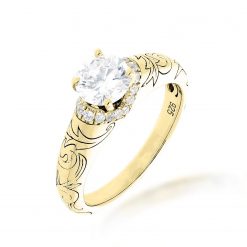 At Mark’s Diamonds in Denver, we know that you want to choose the perfect engagement ring for your partner. Luckily, we have been at the forefront of the jewelry industry for over 35 years and can tailor your ring to match your partner’s personality and style. Browse our website to choose from a variety of settings and gemstones to find your ideal ring. To stay compliant with social distancing guidelines, we offer free shipping and curbside pickup for all jewelry orders. For a personalized experience, schedule a private appointment with us to design a custom engagement ring. Have questions? Contact us today or give us a call to talk to one of our jewelry specialists. We’re confident that we can help you find the perfect engagement ring.